Not a legal foreclosure reference. For information only.

In 2008, a lot of people learned the hard way how the foreclosure process works. In the height of the housing bust, the middle Georgia area (Warner Robins, Macon, Perry, etc.) averaged over a thousand foreclosures every month. Home values dropped an average of 30-40 percent. It was not a fun time for many people in Georgia…, Now for what you came here to learn. 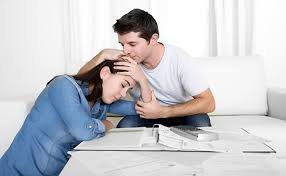 If you get behind on your mortgage payments, Georgia is one of the least desirable places to be. Let me explain. Georgia is considered a non-judicial state, meaning a foreclosure does not go in front of a judge or even see a courtroom to be processed. Let’s go thru the foreclosure procedure step by step.

The first time things get rough and can’t make a mortgage payment, the homeowner gets a late notice. A little irritating but not a big worry. The second month, a second notice is sent to the homeowner. By the third or fourth month, in a normal scenario, most banks will send a “notice of default” (In 2008, many homeowners had six months to a year before they got a notice because the banks were so backed up). At the time this notice of default is received, the bank has also sent an announcement to the local newspaper to be run for four consecutive weeks announcing the default to the world, also called a “Notice of Power of Sale”. There are a lot of things a person could put off till later, solving a foreclosure problem is NOT ONE OF THEM. By this time, the homeowner is losing sleep, stressed and worried about losing their home. And for good reason. Because the first Tuesday of the next month, the foreclosure trustee will make a public outcry on the courthouse steps for anyone interested in buying the property. Let me explain that part…

In Georgia, home buyers close with a real estate attorney.

At the closing, they sign a “Promissory note”, which outlines how the loan will  be paid back. The other document involved in this is the “Security Deed”. In this document, you are giving the bank the right to sell your house, ON YOUR BEHALF, in order to get their loan money back. If a home buyer wins the bid, they get the house. If no one bids, the house goes to the bank and they will sell it later as an REO (Bank owner Real Estate). Either way, THE HOMEOWNER IS OUT. Someone is coming with the sheriff to evict anyone still living in the house. Georgia has one of the fastest foreclosure processes in the country. Back in 2008, the Houston county sheriff was all over Perry and Warner Robins, all day long. Very sad times. 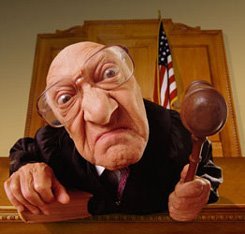 A foreclosure can really test the endurance of a family. The stress involved can make family members snap at each other, cause sleepless nights, and make Pepto-Bismol the drink of choice. When the dust settles, the homeowner now has multiple late notices on their credit report and a foreclosure. Home ownership MIGHT be possible in as little as four years later, if the homeowner rebuilds their credit and finds a bank with the right loan program. A foreclosure CAN stay on a credit report for TEN years. It’s enough to make a grown man cry. It’s frustrating, embarrassing, and more stress than anyone should go thru.

Listen to this audio for more information.