Why I Should Sell my vacant House in Warner Robins.

We have been getting numerous calls about houses homeowners want to sell that are vacant. They want to sell a vacant house that has been left empty for a year or more. if you have a vacant house in [market city], here are some good reasons to sell it as soon as possible.

Insurance will not cover a vacant House.

Sell My Vacant House Before I Have Nothing left.

Many people have called Real Estate Problem Solver in the past year with a vacant house they needed to sell. Some were inherited and the heirs didn’t know what to do with the house, so they did nothing. We have had TWO clients recently that both bought a house for their son or grandson to fix up and live in, hoping it would teach them responsibility. Both homeowners now have vacant houses that are worse than before. The child in both cases wrecked the house and ran off to do something else more fun and left the house abandoned with no warning. One vacant house had $50,000 in damage to be fixed. A lot of the damage in both houses were more from the houses sitting vacant than from the children’s parties and frustrations. Trees grow into the house. Small leaks rotted windows and caused major roof damage because no one was there to watch the house.

The point to this story is; A house left empty will cost more the longer it sits without someone to watch over it. Leaks get more expensive to fix, Yard maintenance can get costly. Once people notice the house is empty, the H-VAC may get taken and the neighborhood kids will love throwing rocks at the windows. More damage will be done simply because the owner just didn’t notice, until it becomes obvious. Than it’s expensive. 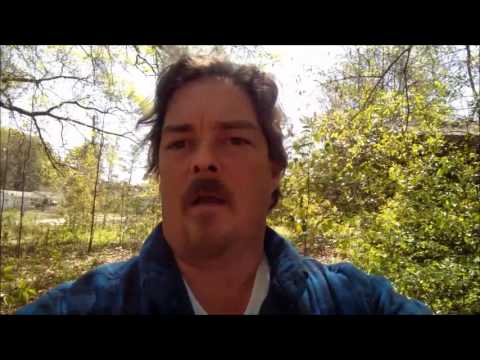 Sell Your Vacant House, It’s All About the Money

In the story i told above, the clients bought a house for a child that needed some work. Of course they got a good deal on the house at the time. By the time they contacted us, the house was in bad shape and getting worse. It had sat so long, this $100,000 house they bought for $60,000 was now worth only $30,000. They did not want to hear that. The client would not accept it, even though he knew how much damage was done. He wanted what he had in it and that was that. That house is still vacant, damaged  and getting worse.

If you have a vacant or abandoned house, Don’t wait too long deciding on what to do with it. The longer it sits, the more costly it will become. A small leak in a roof can become a structural repair in 6 months if left alone or unnoticed. Just like a car runs better if you drive regularly, a pool stays cleaner, longer when it gets used regularly, a vacant or abandoned house is cheaper to maintain when it’s lived in.

Should I Sell My Vacant House? What should I do?

-Rent the house- Make some money every month and house gets maintained. If you don’t know anything about managing tenants, Don’t Worry, WE DO. Let us take care of that Problem. Real Estate Problem Solver can help.

-Sell The house- If renting just scares you too much to keep the house, We will buy your house. Make money on the house by selling. That may be an obvious choice for most, but some people just need to be told.

No Matter What You do With Your Vacant House, We can Help.