Securing a vacant house can save you from hundreds of dollars in repairs in the future.

If you have a vacant house that you are responsible for, then read this and get some ideas on ensuring your vacant house does not become a demolition project.

If you drive around this fair city of ours, you will always come across houses that have been empty for a couple weeks or even a couple years. Our Historical districts are full of houses that stood the test of time. Some over a hundred years old. Reason being, the owners of these houses took care of the house, even when it was vacant. These houses did not stay occupied every day since it was built. Somebody was taking care of that house. It’s not hard to tell which vacant houses are not cared for. They have vines growing up the wall, yard trash in the driveway, No power, yard grown up, etc. The old saying “An ounce of prevention is worth a pound of cure” has never been more prevalent than in this situation. Protect your vacant house by doing some of these tricks. 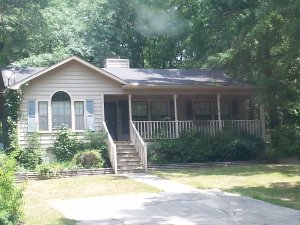 The biggest producer of damage I see on vacant houses comes from the yard. Anyone that spends time outside knows that it is cooler under shade. Trees and shrubs keep the sun and some wind out, but they also keep the moisture in. Moss will grow on the north side of the house which causes rot, just like on the side of a tree. Moisture is the biggest enemy of a house. Trim any tree branches that are within 15 feet of the house, trim the shrubs around the house to a foot or two high. It won’t hurt the shrubs (they will actually come back more full) and it takes away hiding places for trespassers. Even mowing the grass and raking matted leaves around the house helps keep moisture from collecting around the foundation and working its magic. Pressure wash the house to knock off any dirt or moss that may hold water after a rain, but DON”T USE BLEACH, especially on vinyl. 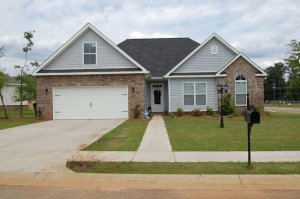 Keep the power on

This seems like a waste of money, but hear me out. I have left my extension chord out in the yard many times after a project and the dog would find it and chew on it every time. The last time I left my extension chord in the yard, I noticed the dog never touched it. It was there for three days and I know she saw it. I learned if I left the chord plugged into the wall, even if nothing was on the other end, she left it alone, not even teeth marks. So, I say that to say this; I have had better luck keeping rodents out of the wiring by leaving the power on. You don’t have to turn anything on, but setting the A/C unit to a minimal setting will circulate air to keep down moisture. A $40 power bill on a vacant house is better than $2000 – $3000 for new wiring or repainting from mildew in the house.

There is not much to do with a vacant house on city water. Simply make sure the water heater breaker is OFF, shut off the water from the street and open one or two faucets to relieve pressure in case of freeze. Vacant houses on a well are not much different. Just turn the breaker to the well pump off also and let the pressure drain down, but leave the faucet open in both cases. Closing valves locks in the pressure and if the water freezes, it has nowhere to expand and the pipes will break.

I don’t normally board up a house unless heavy weather is common for the area or the house is in a rough neighborhood. If you feel more comfortable boarding the windows and doors, cut the boards to the outside frame of each opening and screw the four main corners. Don’t try to slap a whole board over the opening and hope it will stay. Also, leave a small gap at the top of the opening. You are mainly protecting from kids with rocks and storms, but you also want to keep some ventilation moving.

Even though the house is vacant, do try to go by and run the water, power and other parts of the house to keep the gaskets and seals from drying out. I don’t like to leave a house unchecked for more than six months.

The best way to keep a vacant house in good shape is the same as a swimming pool, USE IT. Selling or renting a house you’re not using is better than letting the house rot away from being empty. There are many ways to solve this issue. If you want to know more about renting, selling or just securing your vacant house, give us a call and we will be glad to offer some solutions for you.