Getting out of debt is hard if you don’t try.

Right after the 2008 housing bust, the US national average for savings was in the negative numbers. The average person was spending more than they were making. That’s why you hear debt relief ads on the radio every five minutes. It’s a huge market right now. You don’t have to go that route.

Many people are too proud to admit when things are going wrong because it’s a personal failure on their part and that makes it worse. Being responsible with money is not a class that was taught in high school (although I’m told they are starting to). Being upside down in debt is scary, no doubt, but the worst thing you can do is put your standard of living ahead of your sense of survival.  If you run out of money before the end of the month, GET RID OF THE TOYS, NOW!

This is where you get a dose of reality. Most people fold right here. They don’t want to admit to the family that they can’t afford the luxuries that they have gotten use to and have to give it up for a year or two. It’s up to you and only you. How bad do you want out of this mess? Getting out of debt means putting your pride on a shelf. 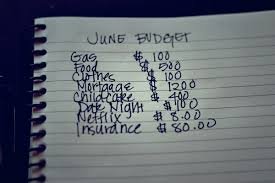 Good, you’re still reading. Now first thing to do is what you should have done to start with. Write a budget. Add up every honest expense that you can possibly think of (cigarettes, gas, dinners out, mountain dew at the Quickie Mart, etc.) for the month. Now, subtract that from your take home pay for the month. Never, never, never include overtime or bonuses; those are not a steady income. Is that a negative number? Not too good. You have your work cut out for you.

Now, if you want to get out of this mess, cut every luxury you have until that number is positive again. Don’t whine, I did it. We kept the internet for the kids’ school and my business, but we watch TV thru the computer and if nothing good is on, go outside. I sold the boat and now pond fish. Grocery shopping with a weekly menu helped a lot.  The family spends more time together now and I have no desire to bring any of it back. 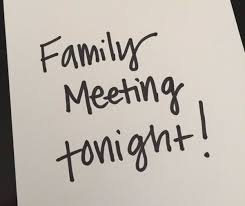 Now that you have a positive balance, any loans or credit cards are the next target. Whatever has the lowest interest rate is you first stop. Put an extra $25-$100 on it every month till it is gone. As much as you can afford. Once the first debt is paid off, roll that payment and the extra you were paying into the next one, then the next. Snowball effect. It may take a year or two, but it’s worth it.

Good financial habits can save you in the long run. Many people with bad money habits end up losing their car, job or even their house. We help many people in problems like that. If you need to sell your house fast because of difficult finances, here is another article that may help.

OR, Give us a call or go to our website  and opt-in for help.